A key idea in CSLearning4U is that we can design CS learning opportunities. Simply wrestling an interpreter or compiler can't be the best way to learn about computer science. Throwing people into the deep end of the pool can teach people to swim, but there are better ways. We want to do better than a book for CS learning, and we want to design the phonics of computing education to integrate with the "whole language learning" of programming.

We are creating a new distance-learning medium for computing education especially for in-service high school teachers based on ideas from instructional design and educational psychology. In-service high school teachers are particularly time-constrained (and thus need efficiency) and they are more metacognitively aware than other students (and thus able to better inform the project design). The new medium will combine multiple modalities, worked examples, and structure based on cognitive models of designers' knowledge. The research questions are that (1) the teachers will learn CS knowledge in the online setting, (2) the teachers will be more efficient at programming tasks, and (3) the teachers will find the materials useful and satisfying. Because of its focus on teachers, the project can potentially have a broad impact, in particular on the strategies for training the 10,000 teachers envisioned in the CS 10K Project. The project will establish models and design guidelines that can be used for the creation of other learning materials, including materials for students in, for example, the proposed new CS Principles AP course. 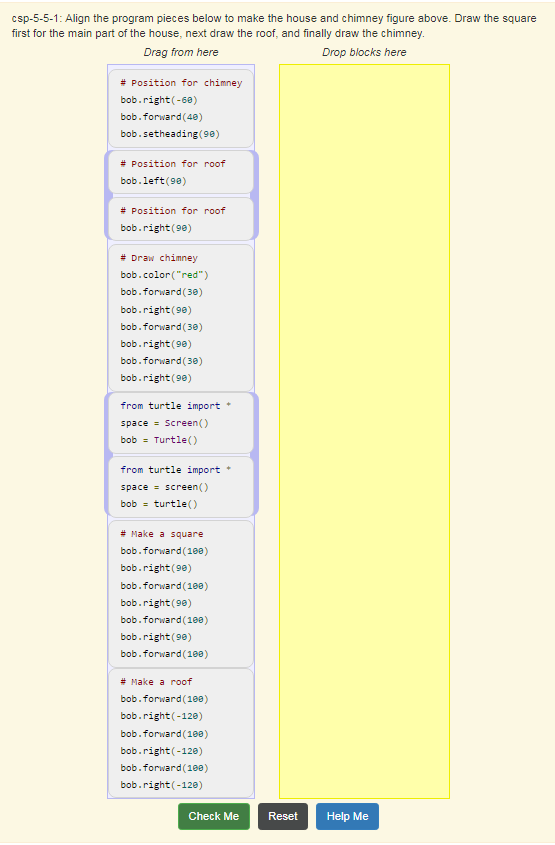 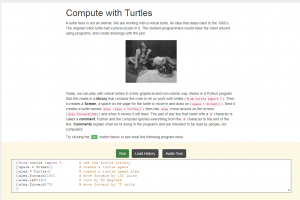 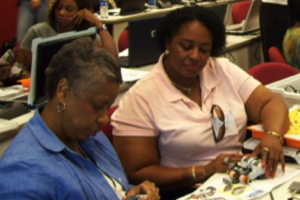 Led by Dr. Mark Guzdial, The Contextualized Support for Learning (CSL) lab has as its aim the creation of "collaborative Dynabooks." We are a team of faculty, graduate, and undergraduate students who design and implement innovative technology for the goal of improving learning, then empirically explore the benefits and usefulness of the technology with real users. 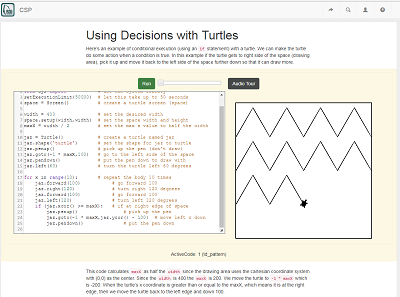 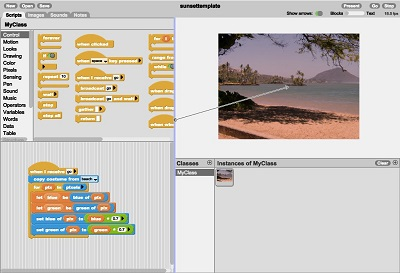 The vision of the Dynabook is that the computer can be a tool for composing and experiencing dynamic media, for the goal of learning. Creating the Dynabook was the vision that drove the Xerox PARC Learning Research Group who produced the first object-oriented programming language, Smalltalk, and created the first personal computers. Alan Kay first described the Dynabook, and Dan Ingalls, Adele Goldberg, Ted Kaehler, and others tried to realize it.

Nobody argues today that you can learn through experiencing dynamic multimedia. That's one of the arguments for the Web. More challenging is that the act of creating media on the computer can lead to learning, but that is a critical piece of the theory behind the Dynabook. Seymour Papert at MIT makes a similar claim in his theory of learning, Constructionism.

But creating media that truly utilizes the power of the computer is hard, because it's our first meta-medium. It is a medium that can be almost any other medium. The computer is a painter's canvas, an animator's cels, a composer's staff, and a programmer's code, all at once. We don't know yet what truly interactive, dynamic meta-media will look like, because even the best of today's computer-based work doesn't utilize all of what's possible.

Our laboratory shares the vision of the Dynabook, but we extend it with an emphasis on collaboration. From our past research on computer-supported collaborative learning, we know the enormous learning power of the social setting. We want both to simplify the sharing of Dynabooks in groups, but also emphasize group reviewing, critiquing, and even composing.

Our plan for meeting this goal involves: