Georgia Tech Envisions a Wearable Computing Future of Many Designs

As one vision of wearable computing technology was revealed to audiences worldwide in early September - in the form of the Apple Watch - researchers and technologists prepared to gather for the 18th International Symposium on Wearable Computers in Seattle, where they shared their own ideas and contributions to wearable tech.

With wearable technology gaining momentum in the commercial sector, Georgia Tech continues to advance several research innovations that are helping to shape a wearable computing future rich with applications. Among Georgia Tech's accepted work at ISWC 2014, Sept. 13-17, was wearable dance technology that garnered a Design Exhibition Jury Award, and vibrating gloves that allow users to learn braille by simply wearing the haptic-enhanced device. The gloves were nominated for a 2014 Smithsonian People's Design Award. 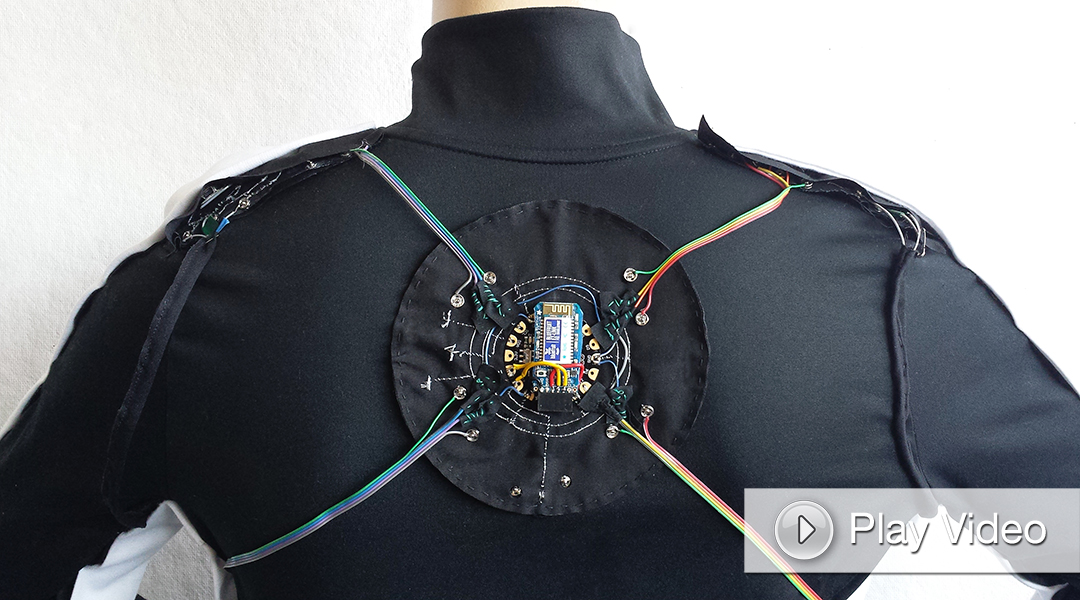 Hallam says his focus is on building technology that can be integrated into smart garments, while still being comfortable and usable. "I want the clothes to be functional – to help people recover from injuries, and to augment and understand more about what their bodies can do."

Google Glass technical lead and Professor of Interactive Computing Thad Starner, whose Contextual Computing Group had three accepted papers in the program, attended ISWC after speaking at a World Economic Forum meeting in China and showcasing the Georgia Tech-curated wearable computing exhibit there with Clint Zeagler, a research scientist in Industrial Design.

Melody Jackson, professor of Interactive Computing, is pushing the boundaries of wearable computing with her group's emerging work in animal-computer interaction, which Georgia Tech is helping pioneer. Her group's ISWC poster showed an experimental design for wearable tech usability for canines. Researchers investigated how the placement of on-body interfaces on dogs affects the ability of the dogs to reach the devices with their snouts.

More information on ISWC is available at http://iswc.net/iswc14.